Luke Castellan is the Greek demigod son of Hermes, the Greek form of Mercury. Before The Heroes of Olympus, Luke was one of Percy Jackson's enemies. In The Last Olympian, he sacrafices himself to save Olympus. He hated Olympus, but in the end, Annabeth pleads Luke to come back. He dies shortly after being stabbed in his weak part. In The House of Hades, he was mentioned briefly when Annabeth was at the edge of a river in Tartarus. The murdered souls tell her that it was her fault that he died and there could've been another way to save Olympus and him. 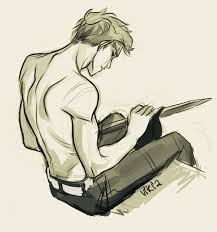 Retrieved from "https://camp-jupiter-and-halfblood.fandom.com/wiki/Luke_Castellan?oldid=4421"
Community content is available under CC-BY-SA unless otherwise noted.